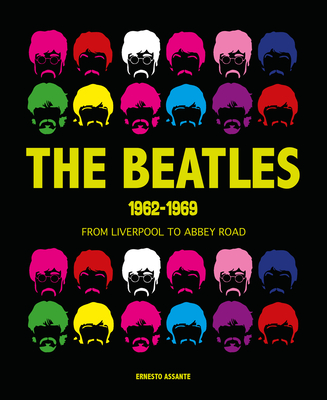 From Liverpool to Abbey Road

They conquered the world--and this fascinating book tells The Beatles' story from the birth of the band to their final recording, year by year. In 1963, when The Beatles released their first album, they triggered a musical and cultural revolution--and the Fab Four still play a powerful role in today's collective imagination. Their adventure together ended with Abbey Road in 1969, exactly 50 years ago. Follow their story, year by year, from their early popularity in Liverpool's Cavern Club and their gigs in Hamburg, to their "invasion" of America and the explosion of Beatlemania, to the filming of A Hard Day's Night and Help , and finally to the recording of the groundbreaking Sgt. Pepper's Lonely Hearts Club Band, the development of deep divisions within the group, and their final moments in the studio. Filled with photos and nostalgic images, this book explores memorable anecdotes, songs, and events sure to delight Beatles' fans old and new.

Ernesto Assante is a correspondent for La Repubblica newspaper, a music critic, author, and radio and television host. Together with Gino Castaldo, he hosts a program called Playlist on Radio Capital and another called Webnotte on Repubblica TV. He has written a number of books published by White Star.
Loading...
or
Not Currently Available for Direct Purchase