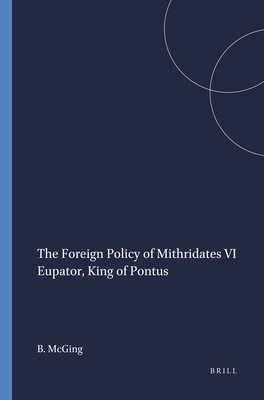 This book is about the clash of the Hellenistic world with the Romans, about a late Hellenistic king, a dominant figure of the first century B.C., who refused to accept his inclusion in the Roman sphere of control, and attempted to assert his political independence. A subsidiary theme is the espousal of hellenism by a non-Greek dynasty.
The work examines first the early history of Pontus, and then analyses carefully the events of Mithridates Eupator's reign for what they reveal of his foreign policy. Attention is focused on diplomacy, strategy, propaganda, support, rather than on military details.
There is no substantial study of Mithridates in English, and really only one in any language - Reinach's famous work of 1890. Since then, new inscriptions and coins have come to light, new methods and approaches devised. This book is intended as a contribution to the filling of a large scholarly gap.