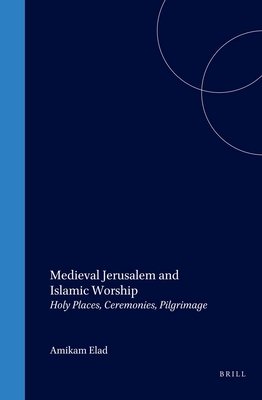 Medieval Jerusalem and Islamic Worship treats of the holy sites of the Muslims in Jerusalem and the ceremonies and pilgrimage to these places during the early Muslim period. It is based primarily on primary Arabic sources, some of which have been used for the first time. Emphasis is given to the works of "Literature in Praise of Jerusalem", an important and unique source for the history and topography of the city.
Many of the topics in this book have never been dealt with before, e.g. the detailed description of the first known guide for the Muslim pilgrim to Jerusalem, that dates from the 11th century, and the supplementary discussion of the 16th-century guide. Both guides are still in manuscript and have never been published.

Amikam Elad, Ph.D. (1987) in Medieval Islamic History, the Hebrew University, Jerusalem, is a senior lecturer at the department of Islamic and Middle Eastern Studies at the Hebrew University. He has published extensively on a vast range of topics relating to early Islamic history, in particular the early 'Abbāsid period and on the history of Palestine during the medieval Islamic period.
Loading...
or
Not Currently Available for Direct Purchase