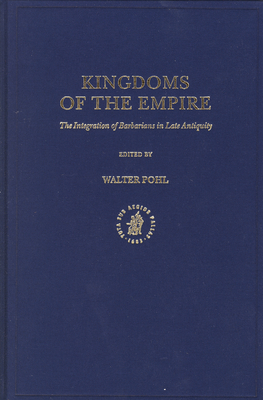 Kingdoms of the Empire

Since Edward Gibbon, the degree of disruption or gradual change at the end of antiquity has been vehemently debated. Did Rome fall, or was it only transformed. Was the Empire destroyed by barbarians or was its decay inevitable for internal reasons? By carefully formulating answers to these and other seminal questions, Kingdoms of the Empire will prove an indispensable tool to both classical and medieval scholars.
This is the first volume in a new and important monograph series, The Transformation of the Roman World.

Walter Pohl, Dr. phil. (1984) is Researcher for the Austrian Academy of Arts and Sciences (Commission for Research on the Early Middle Ages) and Lecturer in Medieval History at the University of Vienna. His publications include Die Awaren, (Munich, 1988).
Loading...
or
Not Currently Available for Direct Purchase