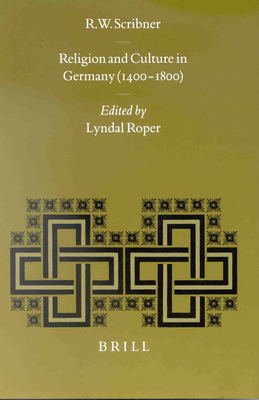 The late Bob Scribner was one of the most original and provocative historians of the German Reformation. His truly pioneering spirit comes to light in this collection of his most recent essays.
In the years before his death, Scribner explored the role of the senses in late medieval devotional culture, and wondered how the Reformation changed sensual attitudes. Further essays examine the nature of popular culture and the way the Reformation was institutionalised, considering Anabaptist ideals of the community of goods, literacy and heterodoxy, and the dynamics of power as they unfold in a case of witchcraft.
The final section of the book consists of three iconoclastic essays, which, together, form a sustained assault on the argument first advanced by Max Weber that the Reformation created a rational, modern religion. Scribner shows that, far from being rationalist and anti-magical, Protestants had their own brand of magic. These fine essays are certain to spark off debate, not only among historians of the Reformation, but also among art historians and anyone interested in the nature of culture.

R. W. Scribner, (1941-1998) took up a Chair at Harvard University having been Reader in History and Fellow of Clare College for many years at the University of Cambridge. He was one of the most dynamic and creative of the historians of the German Reformation. His books include For the Sake of Simple Folk. Popular Propanganda for the German Reformation (Cambridge University Press 1994) and Popullar Culture and Popular Movements in Reformation Germany (Hambledon Press, 1987).
Loading...
or
Not Currently Available for Direct Purchase