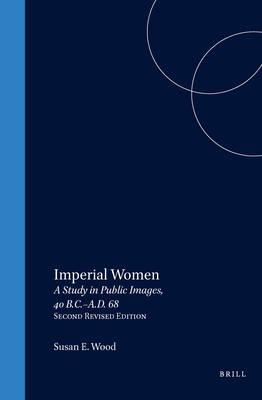 From the end of the Roman Republic to the death of the last Julio-Claudian emperor, portraits of women - on coins, public monuments, and private luxury objects - became an increasingly familiar sight throughout the empire. These women usually represented the distinguished bloodlines of the head of the state, or his hopes for succession, but in every case, their images were freighted with political significance. These objects also communicated social messages about the appropriate roles, behavior, and self-presentation of women.
This volume traces the emergence and development of the public female portrait, from Octavia, the first Roman woman to be represented in propria persona on coinage, to the formidable and ambitious Agrippina the Younger, whose assassination demonstrated to later women the limits of official power they could demand.

Susan E. Wood, Ph.D. (1979) in Art History and Archaeology, Columbia University, is a Professor of Art History at Oakland University. She has published extensively on Roman portraiture and funerary monuments.
Loading...
or
Not Currently Available for Direct Purchase