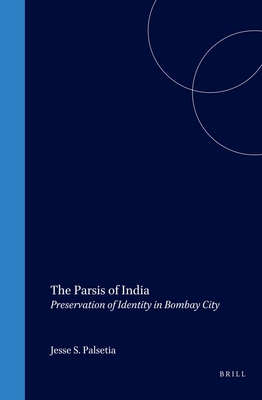 The Parsis of India (Hardcover)

The Parsis of India examines a much-neglected area of Asian Studies. In tracing keypoints in the development of the Parsi community, it depicts the Parsis' history, and accounts for their ability to preserve, maintain and construct a distinct identity. For a great part the story is told in the colonial setting of Bombay city.
Ample attention is given to the Parsis' evolution from an insular minority group to a modern community of pluralistic outlook.
Filling the obvious lacunae in the literature on British colonialism, Indian society and history, and, last but not least, Zoroastrianism, this book broadens our knowledge of the interaction of colonialism and colonial groups, and elucidates the significant role of the Parsis in the commercial, educational, and civic milieu of Bombay colonial society.

Jesse S. Palsetia, Ph.D. (1996) in History, University of Toronto, is a research scholar who has published in the field of the history of the Parsis in India.
or
Not Currently Available for Direct Purchase
Copyright © 2020 American Booksellers Association