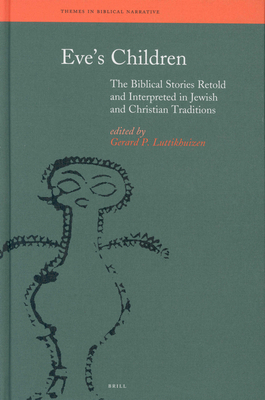 The Biblical Stories Retold and Interpreted in Jewish and Christian Traditions

This volume is devoted to the biblical stories about Eve's children, Cain, Abel, and Seth, and to the rewritings and explanations of these stories in a variety of early Jewish and Christian sources (Old Testament Apocrypha, Philo of Alexandria, Targumim, the New Testament, Rabbinic and Kabbalistic texts, Christian-Gnostic and Patristic Literature). Attention is given also to post-biblical stories speaking about Eve's daughters and to traditions in which Cain is viewed as the son of the Devil. Three essays examine how the biblical stories were re-used and evaluated in modern fiction, from Clemens Brentano and Lord Byron to John Steinbeck's East of Eden.

Gerard P. Luttikhuizen, Ph.D. (1984), is Professor of Early Christian Literature and New Testament Studies, University of Groningen. He is editor of Paradise Interpreted (Brill, 1999) and The Creation of Man and Woman (Brill, 2000), which are previous volumes in the series Themes in Biblical Narratives.
or
Not Currently Available for Direct Purchase
Copyright © 2020 American Booksellers Association