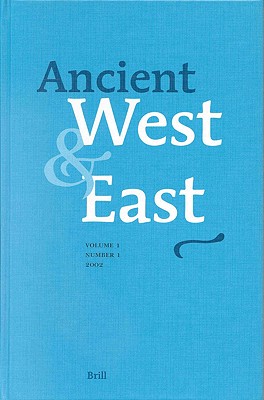 This is a semi-annual devoted to the study of the history and archaeology of the periphery of the Greco-Roman world, concentrating on local societies and cultures and their interaction with the Greco-Roman, Near Eastern and early Byzantine worlds.

Gocha R. Tsetskhladze works in the University of Melbourne. He has excavated for many years in the eastern and northern Pontus, has organised several international conferences, and has published extensively on the archaeology of Greek colonisation and on the Black Sea region, including "Ancient Greeks West and East" (Leiden, 1999), "Die Griechen in der Kolchis" (Amsterdam, 1998), and "Pichvnari and its Environs" (Paris, 1999). He recently co-edited "North Pontic Archaeology. Recent Discoveries and Studies" (Leiden, 2001).
or
Not Currently Available for Direct Purchase
Copyright © 2020 American Booksellers Association