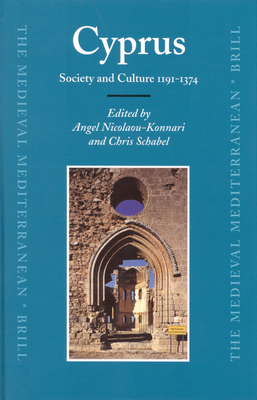 The only one-volume scholarly survey of the ethnic groups, economy, religion, literature, and art of the multicultural Lusignan Kingdom of Cyprus during the first centuries of Frankish rule following the conquest of the Byzantine island in the Third Crusade.

Angel Nicolaou-Konnari, Ph.D. (1999), Cardiff, teaches medieval history at the University of Cyprus. Besides the recent diplomatic edition of the Chronicle of Leontios Makhairas (2003), she is currently completing research on The Encounter of Greeks and Franks in 13th-Century Cyprus.Chris Schabel, Ph.D. (1994), Iowa, is Assistant Professor of Medieval History at the University of Cyprus. He has published extensively on Frankish Cyprus and on the intellectual history of the later Middle Ages, including Theology at Paris 1316-1345 (2000).
Loading...
or
Not Currently Available for Direct Purchase