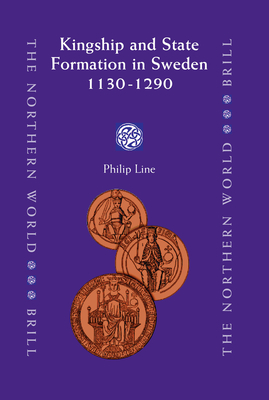 Kingship and State Formation in Sweden covers, for the first time in English, a key period in the consolidation of the Swedish state. The book begins with an overview of Sweden prior to the twelfth century and a reign-by-reign history of the period 1130-1290. Thereafter issues related to kingship and state formation are treated thematically, with sections on royal administration and taxation, legal and military institutions, relations between king and Church, the development of Christian kingship ideology and expansion into Finland. Extensive appendices are included on the genealogy and landholdings of powerful families and on fortifications. The book is well furnished with over forty maps and genealogical tables.
Developments in Sweden are placed firmly within their European context, and the volume will be of interest to all those with an interest in medieval politics in general as well as to students of early Swedish or Scandinavian history.

Unfortunately we have to include this errata.

Philip Line completed his Ph.D. on Medieval Swedish Kingship at the University of Leeds in 2003, having previously studied Scandinavian languages in London. He also has a BA in Ancient History (1977). His main interests are in medieval rulership and warfare, in which he is continuing his researches while working as a freelance translator. He now lives in Finland.
Loading...
or
Not Currently Available for Direct Purchase