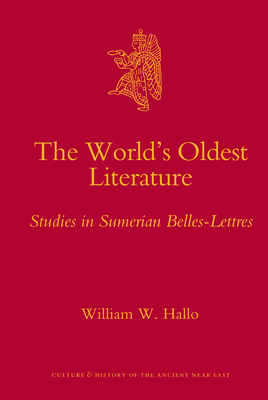 Literature begins at Sumer, we may say. Given that this ancient crossroads of tin and copper produced not only bronze and the entire Bronze Age, but also by neccesity, the first system of record-keeping and the technique of writing. Scribal schools served to propogate the new technique and their curriculum grew to create, preserve and transmit all manner of creative poetry. In a lifetime of research, the author has studied multiple aspects of this most ancient literary oeuvre, including such questions as chronology and bilingualism, as well as contributing fundamental insights into specific genres such as proverbs, letter-prayers and lamentations. In addition, he has drawn conclusions for the comparative or contextual approach to biblical literature. His studies, widely scattered in diverse publications for nearly fifty years, are here assembled in convenient one-volume format, made more user-friendly by extensive cross-references and indices.

"Well-informed and sober, these essays offer rewarding reading for every area of biblical scholarship."
A.R. Millard

William W. Hallo is the William M. Laffan Professor of Assyriology and Babylonian Literature Emeritus and former Curator of the Babylonian collection at Yale University. He holds degrees from Harvard (BA, 1950), Leiden (Candidatus Litterarum Semiticarum 1951) and Chicago (MA 1953 and Ph.D. 1955 in Near Eastern Languages and Literatures). He is author or co-author of The Book of the People (1991), Scripture in Context (4 vols. 1980-1991), Heritage: Civilization and the Jews (2 vols. 1984), Sumerian Archival Texts (1973), The Ancient Near East: A History (1971), The Exaltation of Inanna (1968), and Early Mesopotamian Royal titles (1957). He previously taught at Hebrew Union College - Jewish Institute of Religion, and has been Visiting Professor at Kassel (Germany), Columbia University and the Jewish Theological Seminary of America.
or
Not Currently Available for Direct Purchase
Copyright © 2020 American Booksellers Association