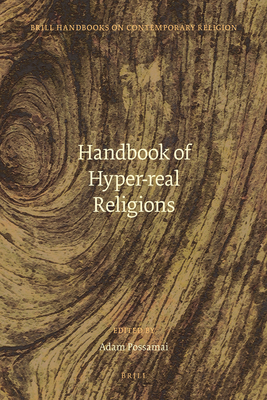 Today a new trend is clearly discernable, that of 'hyper-real religions'. These are innovative religions and spiritualities that mix elements of religious traditions with popular culture. If we imagine a spectrum of intensity of the merging of popular culture with religion, we might find, at one end, groups practicing Jediism appropriated from the Star Wars movies, Matrixism from the Matrix trilogy, and neo-pagan rites based on stories from The Lord of the Rings and the Harry Potter series. At the other end of the spectrum, members of mainstream religions, such as Christianity can be influenced or inspired by, for example, The Da Vinci Code. Through various case studies, this book studies the on- and off-line religious/spiritual consumption of these narratives through a social scientific approach.

Adam Possamai, Ph.D in Sociology, La Trobe University, is Associate Professor at the University of Western Sydney, and President of the International Sociological Association's Research Committee on the sociology of religon. He has published extensively in the sociology of religion, sociological theory and the study of popular culture.
Loading...
or support indie stores by buying on
(This book is on backorder)