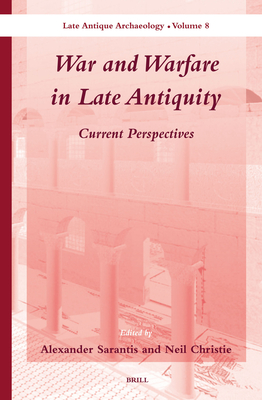 Alexander Sarantis, D.Phil (2006), University of Oxford, is Honorary Research Fellow of the Centre for Late Antique Archaeology and Associate Lecturer at the Department of Classical and Archaeological Studies, University of Kent. He has authored articles on the Gepids, the Heruls and A.H.M. Jones. His forthcoming monograph looks at The Balkans during the Reign of Justinian.Neil Christie, Ph.D. (1985), University of Newcastle-Upon-Tyne, is Reader in Archaeology at the School of Archaeology and Ancient History, University of Leicester, UK. He is the author of various works on Late Roman and Early Medieval Italy, a recent monograph on The Fall of the Western Roman Empire, and editor and co-editor to works on late antique towns and landscapes.
Loading...
or
Not Currently Available for Direct Purchase