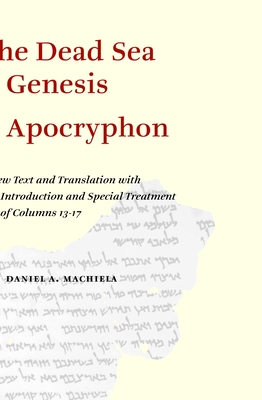 The so-called Genesis Apocryphon (1Q20) from Qumran Cave 1 has suffered from decades of neglect, due in large part to its poor state of preservation. As part of a resurgent scholarly interest in the Apocryphon, and its prominent position among the Aramaic Dead Sea Scrolls, this volume presents a fresh transcription, translation, and exstenive textual notes drawing on close study of the original manuscript, all available photographs, and previous publications. In addition, a detailed analysis of columns 13-15 and their relation to the oft-cited parallel in the Book of Jubilees reveals a number of ways in which the two works differ, thereby highlighting several distinctive features of the Genesis Apocryphon. The result is a reliable text edition and a fuller understanding of the message conveyed by this fragmentary but fascinating retelling of Genesis.

Daniel A. Machiela received his Ph.D. from the University of Notre Dame in 2006. He is currently Assistant Professor of Religious Studies (Early Judaism) at McMaster University in Ontario, Canada.
Loading...
or
Not Currently Available for Direct Purchase