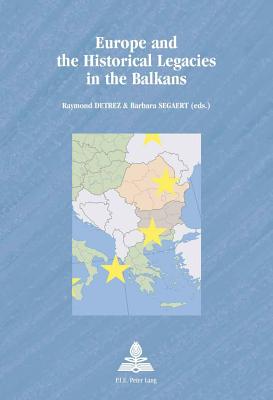 The enlargement of the EU with the Balkan countries has aroused the skepticism of many. Although EU admission is primarily a matter of economic and political concerns, questions of cultural import are readily brought into play: Does the country in question conform sufficiently to our standards of a European identity ?
The problematic status of the Balkans in this respect largely consists in their common Byzantine and Ottoman legacies. By focusing on Bulgaria and its neighbours Romania, Greece and Turkey, the authors of this collection attempt to elucidate how mutually incompatible the cultural identity of the Ottoman successor states and that of Europe are.
Ample attention is devoted not only to the perception of the Balkans in the West, but also to the self-image of people in the Balkans and perceptions they hold of the West. If anything like a Balkan identity can be said to exist, what is its relation to the various ethnic, national, religious and linguistic communities? Notably, what was and is the role played by religion in nation state formation? The relationship with Europe forms the thread that runs through the discussion of these issues.

The Editors: Raymond Detrez is a professor of East European History and Cultures and Director of the Centre for Southeast European Studies at Ghent University. He is the author of several specialized books and studies on nationalism and ethnic conflict in the Balkans. Barbara Segaert holds a master's degree in Oriental Studies, Islamic Studies and Arab Philology and is Scientific Coordinator at the University Centre Saint-Ignatius Antwerp.
Loading...
or
Not Currently Available for Direct Purchase