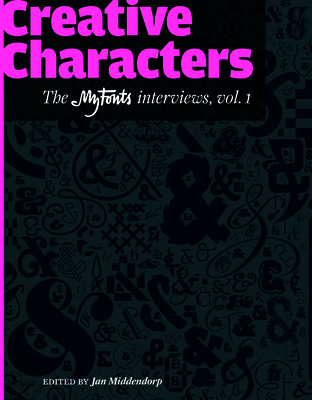 Creative Characters is a collection of in-depth interviews with the most influential typeface designers in the business as well as up-and-coming young guns, who discuss the motives and methods behind type. The list of designers includes Jim Parkinson, Underware, David Berlow, Alejandro Paul, Veronika Burian, Rian Hughes, Cristian Schwartz, and many more.

Creative Characters was edited by Jan Middendorp, whose Dutch Type (2004) is among the most acclaimed typography books of the present decade. He is a frequent contributor to Eye magazine and blog. His other books inlcude Made with FontFont (2006, with Erik Spiekermann) and A Line of Type (2006).

Jan Middendorp is a freelance editor, writer and designer working in Berlin. He has written for magazines on design such as Eye, Typographic, Etapes and the Netherlands' leading magazine on design Items. He also works as consultant and editor for companies such as Linotype, MyFonts and LucasFonts.
Loading...
or
Not Currently Available for Direct Purchase