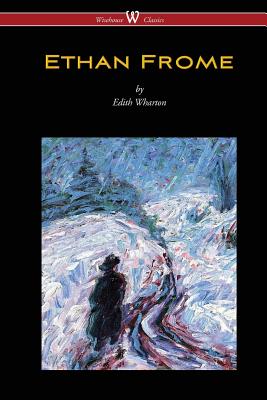 ETHAN FROME is a novel published in 1911 by the Pulitzer Prize-winning American author Edith Wharton. It is set in the fictitious town of Starkfield, Massachusetts. The novel was adapted into a film, Ethan Frome, in 1993.

ETHAN FROME is set in the fictional New England town of Starkfield, where a visiting engineer tells the story of his encounter with Ethan Frome, a man with a history of thwarted dreams and desires. The accumulated longing of Frome ends in an ironic turn of events. His initial impressions are based on his observations of Frome going about his mundane tasks in Starkfield, and something about him catches the eye and curiosity of the visitor, but no one in the town seems interested in revealing many details about the man or his history-or perhaps they are not able to. The narrator ultimately finds himself in the position of staying overnight at Frome's house in order to escape a winter storm, and from there he observes Frome and his private circumstances, which he shares and which triggers other people in town to be more forthcoming with their own knowledge and impressions.

"a compelling and haunting story." -The New York Times

"...after all, the tragedy unveiled to us is social rather than personal... "Ethan Frome" is to me above all else a judgment on that system which fails to redeem such villages as Mrs. Wharton's Starkfield." -Literary critic and author Edwin Bjorkman