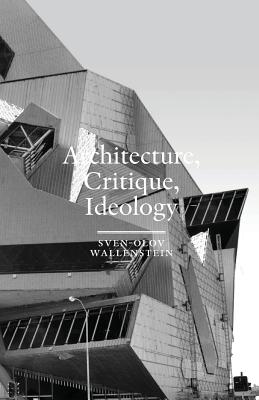 Writings on Architecture and Theory

To what extent can the relation between the theory and practice of architecture be understood as critical? Instead of setting one against the other, should we not instead linger on the "and" that links them here, which not only allows us to understand their conjunction as a historically variable intersection, but also highlights the idea of critique as an activity that points towards a splitting and a division that shatters the present, and renders not just the future but even the past open? And might not such a dissolution of a conventional temporal axis provide us access to a history that is, precisely like the future, a space of possibilities, in which critique and creation continually call upon each other?

Drawing on a long philosophical tradition from Kant to Adorno and Deleuze, as well on a series of debates in architectural and artistic discourse from the sixties onward, this book explores the possibility of reframing critical theory in a contemporary theoretical landscape that today seems more difficult to chart than ever. Thinking philosophy through architecture, and architecture through philosophy, it argues for a critique as an intervention that must continually redraw the line between concepts and things, words and objects.