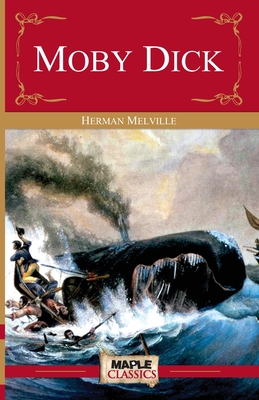 The FLAME TREE COLLECTABLE CLASSICS are chosen to create a delightful and timeless home library. Each stunning edition features deluxe cover treatments, ribbon markers, luxury endpapers and gilded edges. The unabridged text is accompanied by a Glossary of Victorian and Literary terms produced for the modern reader. American writer Herman Melville wrote Moby Dick in 1851 but it took decades before it was finally regarded as a great American novel, and worthy of its place among the greatest texts of humankind. A tale of imagination and adventure, it recounts the obsessive quest of Ahab, captain of a whaling ship seeking vengeance on Moby Dick, the white whale that had bitten off his leg on a previous voyage.

Herman Melville (1819-91) is the author of the novel Moby Dick, which was a commercial failure during his lifetime but is now considered a classic. Born in New York City, Melville enjoyed some years as a successful writer following the publication of his first book Typee in 1896. He produced a number of travelogues and nautical works, inspired by his earlier experience as a sailor. During his later years, however, his work fell out of favour and he became largely forgotten until the 1910s and 20s saw a revival of his work. Judith John (glossary) is a writer and editor specializing in literature and history. A former secondary school English Language and Literature teacher, she has subsequently worked as an editor on major educational projects, including English A: Literature for the Pearson International Baccalaureate series. Judith's major research interests include Romantic and Gothic literature, and Renaissance drama.
Loading...
or support indie stores by buying on