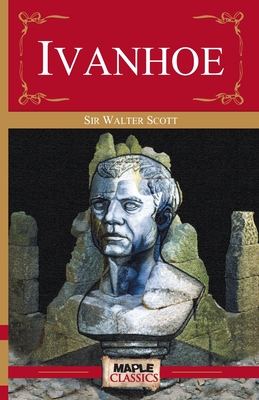 The FLAME TREE COLLECTABLE CLASSICS are chosen to create a delightful and timeless home library. Each stunning edition features deluxe cover treatments, ribbon markers, luxury endpapers and gilded edges. The unabridged text is accompanied by a Glossary of Victorian and Literary terms produced for the modern reader.
Set in twelfth-century England during the reign of Richard I, Ivanhoe is Sir Walter Scott's best known novel. Its depictions of witch trials, violent tournaments, sieges and ambushes make it a gripping read. The tense divisions between the Normans and the Saxons, the rich, the poor and the controversial figure of Robin Hood, and between King Richard and his untrustworthy brother are all explored in this brilliant account of the medieval era.

Sir Walter Scott (1771-1832) wrote many works that are today considered classics of English literature. His body of work is impressive, including non-fiction, plays, poems, novels and short stories, many of which were published to a good reception. His famous novels include Waverley (1814), Old Mortality (1816), Rob Roy (1817) and Ivanhoe (1819). One of his best-known poems is 'The Lady of the Lake' (1810). Judith John (glossary) is a writer and editor specializing in literature and history. A former secondary school English Language and Literature teacher, she has subsequently worked as an editor on major educational projects, including English A: Literature for the Pearson International Baccalaureate series. Judith's major research interests include Romantic and Gothic literature, and Renaissance drama.
Loading...
or support indie stores by buying on