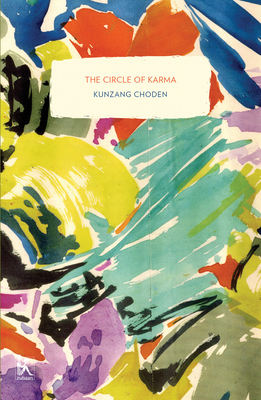 The Circle of Karma

The first English-language novel ever written by a woman from the Himalayan nation of Bhutan, The Circle of Karma has engaged and absorbed readers from around the world since its 2005 publication.

Written originally in English, it tells the story of Tsomo, a fifteen-year-old girl caught up in the everyday realities of household life and work. But when her mother dies, Tsomo suddenly feels called to travel and sets off toward a faraway village to light ritual butter lamps in her mother’s memory. Her travels take her to distant places, across Bhutan and into India, evolving into a major life journey. As she faces the world alone, Tsomo slowly begins to find herself, growing as a person and as a woman.

Kunzang Choden’s measured, nuanced prose and multilevel narrative weave a complex tapestry of life and its rituals in Bhutan and across South Asia. Newly reissued as part of Zubaan's anniversary celebrating a decade of cutting-edge feminist publishing, this extraordinary novel is poised to be discovered by a broad and enthusiastic new audience.

Praise For The Circle of Karma…

“The Circle of Karma is a milestone in South Asian literature. . . . What makes it work is Choden’s gift for evocation, both of place and of experience. Her descriptions of the rugged spiritual terrain Tsomo covers in her quest for peace and her moments of ecstasy reminded me of other great religious works, such as Sigrid Undset’s Kristin Lavransdatter.”
— Ann Morgan

Kunzang Choden, born in Bhutan’s Bumthang district in 1952, is the first Bhutanese woman to write a novel in English. Educated at the University of Nebraska-Lincoln, she and her Swiss husband currently live in Thimphu, the capital of Bhutan.
Loading...
or support indie stores by buying on
(This book is on backorder)