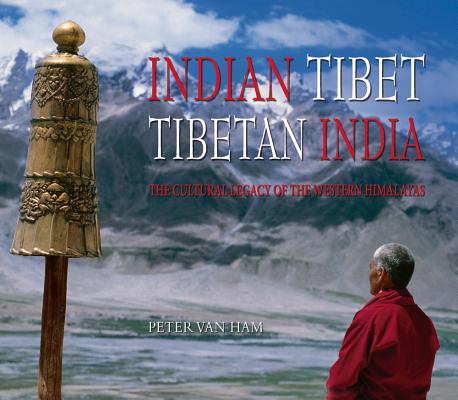 The Cultural Legacy of the Western Himalayas

Inspired by the first cultural expedition into the Western Himalayas by August Hermann Francke in 1909 which resulted in the region's denomination as Indian Tibet, the author has travelled for years in the long inaccessible Indo-Tibetan border regions after they were opened to the public in the beginning of the 1990s. In secluded and remote high-altitude-valleys of breath-taking grandeur he documented some of the last refuges of Tibetan and early Indian culture and photographed people and the unique testimonies of their art, religion and architecture. With the aid of rare archival and contemporary textual and visual materials, many seen here for the first time ever, the author draws a comprehensive picture of the fascinating history of the exploration of the present Indian border region towards Tibet. Knowledgably he describes the customs of its various inhabitants many of whom still follow their age-old traditions which at present are being stimulated and revived by the many exiled Tibetans that have found a new home in the region, thus designating it as 'Tibetan India.' Contents: Foreword: Variety Endangered-Michel Peissel; Introduction and Acknowledgements Indian Tibet; Tibetan India-Cultural Exchange, Cross-relations and Interactions in the Western Himalayas; The Exploration of the Western Himalayas; Shimla and Kinnaur The Britons and the Fairy Land; Spiti Buddha's Mountain Desert; Lahaul Meeting Place of the Sun and Moon; Western Himalayan Buddhist Art.Influences, Styles, Developments; Zanskar Valley of the White Copper; Rupshu Lakes and Nomads; Ladakh Little Tibet of Passes; Nubra Dunes to Central Asia; Dahhanu Refuge of the Lost Aryans.

German author and photographer Peter van Ham is an expert on Himalayan cultures and has written extensively on India's many border regions. He is a Fellow of the Royal Asiatic and the Royal Geographical Societies, London, as well as of the Explorers Club, New York. His work has been supported by the Indian Government, the Archaeological Survey of India, the UNESCO and the Dalai Lama.
Loading...
or
Not Currently Available for Direct Purchase