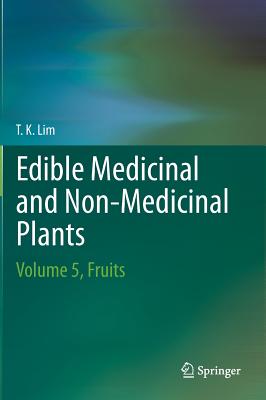 TK Lim (Tong Kwee Lim) obtained his Bachelor and Masters in Agricultural Science from the University of Malaya and his PHD (Botanical Sciences) from the University of Hawaii. He worked in the University of Agriculture Malaysia for 20 years as a lecturer and Associate Professor; as Principal Horticulturist for 9 years for the Department of Primary Industries and Fisheries, Darwin, Northern Territory; 6 years as Manager of the Asia and Middle East Team in Plant Biosecurity Australia, Department of Agriculture, Fisheries and Forestry, Australia; and 4 years as Research Program Manager with the Australian Centre for International Agriculture Research (ACIAR), Department of Foreign Affairs and Trade, Australia before he retired from public service. He has published over a hundred scientific papers including several books: Guava in Malaysia: Production, Pest and Diseases, Durian Diseases and Disorders, Diseases of Mango in Malaysia, chapters in books, international refereed journals, conference proceedings (as editor) and technical bulletins in the areas of plant pathology, crop protection, horticulture, agronomy and quarantine science. He was also a reviewer of scientific papers for several international scientific journals. As Principal Horticulturist in Darwin, he and his team were instrumental in establishing the horticultural industry in the Northern Territory, Australia, especially on tropical fruits, vegetables, culinary herbs, spices / medicinal herbs and tropical flowers. During his tenure with Plant Biosecurity, he led a team responsible for conducting pest risk analyses and quarantine policy issues dealing with the import and export of plants and plant products into and out of Australia for the Middle East and Asian region. During his time with ACIAR, he oversaw and managed international research and development programs in plant protection and horticulture covering a wide array of crops that included fruits, plantation crops, vegetables, culinary and medicinal herbs and spices mainly in southeast Asia and the Pacific. In the course of his 4 decades of working career he has travelled extensively worldwide to many countries in South Asia, East Asia, southeast Asia, Middle East, Europe, the Pacific Islands, USA and England, and also throughout Malaysia and Australia. Since his tertiary education days he always had a strong passion for crops and took an avid interest in edible and medicinal plants. Over the four decades, he has taken several thousands of photographs of common, known and lesser known edible, medicinal and non-medicinal plants, amassed local literature, local indigenous knowledge, books, and has developed and established close rapport with many local researchers, scientists, growers and farmers during the course of his work and travels. All relevant available and up-to-date information collated on more than a thousand species of edible, medicinal and non-medicinal plants will be provided in a comprehensive reference series fully illustrated with coloured images to help in plant identification. This work will cover scientific names, synonyms, common and vernacular names, origin and distribution, agroecology, edible plant parts and uses, plant habit /description, nutritive and medicinal value, other uses and selected current references. Additional information is provided on the medicinal uses and pharmacological properties of the plants. This work will be of significant interest to scientists, researchers, practitioners (medical practitioners, pharmacologists, ethnobotanists, horticulturists, food nutritionists, agriculturists, botanists, herbalogists, herbologists, naturalists, conservationists, extension scientists, teachers, lecturers), students and the general public.
Loading...
or support indie stores by buying on