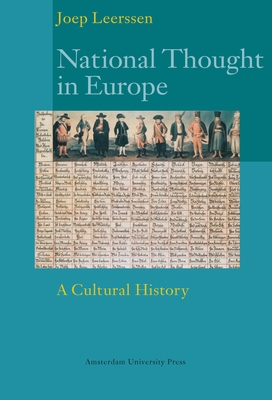 Bringing together sources from many countries and many centuries, this study critically analyses the growth of national thought and of nationalism -- from medieval ethnic prejudice to the Romantic belief in a nation's 'soul'. The belief and ideology of the nation's cultural individuality emerged from a Europe-wide exchange of ideas, often articulated in literature and belles lettres. In the last two centuries, these ideas have transformed the map of Europe and the relations between people and government. In tracing the modern European nation-state, cross-nationally and historically, as the outcome of a cultural self-invention, Leerssen also provides a surprising perspective on Europe's contemporary identity politics. National Thought in Europe has been brought up to date in this new, third edition.

Joep Leerssen ============= Joep Leerssen holds the Chair of Modern European Literature at the University of Amsterdam. He is the author of many authoritative studies on the relations between literature, historical consciousness and nationalism.
Loading...
or
Not Currently Available for Direct Purchase