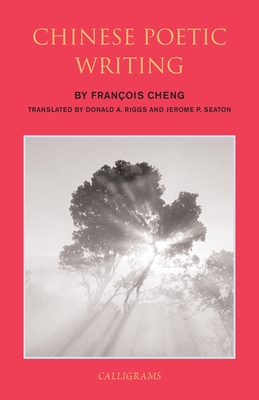 Considered the most inovative study of Chinese poetry ever written, François Cheng's Chinese Poetic Writing--now in its first expanded, English-language edition--is an essential read for fans and scholars of Chinese literature and the art of poetry in general.

Since its first publication in French in 1977, Chinese Poetic Writing has been considered by many to be the most innovative study of Chinese poetry ever written, as well as a profound and remarkable meditation on the nature of poetry itself. As the American poet Gustaf Sobin wrote, two years after the book’s appearance, “In France it is already considered a model of interdisciplinary research, a source book, and a ‘star’ in the very space it initially explored, traced, and elaborated.”

Cheng illustrates his text with an annotated anthology of 135 poems he has selected from the Tang dynasty, presented bilingually, and with lively translations by Jerome P. Seaton. It serves as a book within the book, and an excellent introduction to the golden age of Tu Fu, Li Po, Wang Wei, and company.

The 1982 translation, long out of print, was based on the first French edition. Since then, Cheng has greatly expanded the book. This is the first English-language edition of the expanded version, with the original translators returning to accommodate the many new additions and revise their earlier work.

"Every Anglophone reader interested in the working mechanics behind Chinese poetry will find these texts to be endless resources worth returning to again and again....Chinese Poetic Writing offers a richly informative look at the ordering principles implicit in Chinese language and thought....Although aimed as being introductory in nature, both A Little Primer of Tu Fu and Chinese Poetic Writing nonetheless forefront the presentation of the poem in Chinese characters, clearly emphasizing the importance of the original language in fully understanding any poetry." —Rain Taxi

“Cheng’s book, L’ecriture poetique chinoise, soon became a classic in the already extensive corpus of French translations of Chinese poetry, and remains a staple of every French sinologist’s library...Cheng’s work complemented and enhanced a body of French translations...already impressive for both its quantity and diversity.”—Paula Varsano

“Cheng, writing in 1977, produces a complex and detailed approach to Chinese writing practices that complicates both pictographic and phonological assumptions.”—Scott Nygren

“My...reaction was astonishment that anyone could accomplish the task [of translation] with such sensitivity and formal tact. Every line, detail and compositional device in the poems that Cheng studies is given its appropriate emphasis and placement, so that not only the individual meaning but the combined significance emerges with clarity and refreshing illumination. This is that rare scholarly work that gives pleasure as well as understanding...a work that represents a definite advance in the study of Chinese poetry.”—John Kwan-Terry, World Literature Today

François Cheng is a poet, essayist, novelist, calligrapher, and art historian who has lived in Paris since 1949. Among his books available in English translation are Empty and Full: The Language of Chinese Painting, The Way of Beauty, and the novels The River Below and Green Mountain, White Cloud. In 2002, he became the first person of Asian origin elected to the French Academy.

Donald A. Riggs is Teaching Professor of English at Drexel University. He is currently writing entries for The Ashgate Encyclopedia of Literary and Cinematic Monsters.

Jerome P. Seaton is professor emeritus of Chinese at the University of North Carolina, Chapel Hill. Among his books are The Shambhala Anthology of Chinese Poetry and The Wine of Endless Life: Taoist Drinking Songs from the Yuan Dynasty.
Loading...
or
Not Currently Available for Direct Purchase