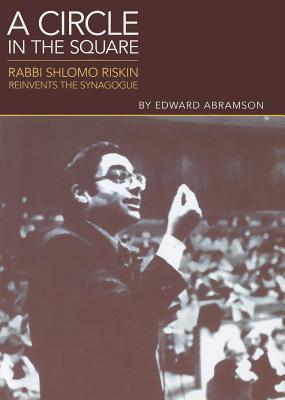 A Circle in the Square

A Circle in the Square tells the story of a project that by all the rules of logic should have failed, but instead succeeded wildly. In the 1960s, a time of deep religious and existential crisis, when the question of God's existence was being debated among people of all faiths, a young man fresh out of graduate school began teaching an ancient religion to its own members - Jews who had little or no connection to Judaism.  In 1964, when twenty-three-year-old Rabbi Steven Riskin became the rabbi of Lincoln Square Synagogue on New York's Upper West Side, he had no set plan. Nevertheless, he revolutionized Orthodox Judaism by making it attractive and relevant to American Jews.  Within these pages, readers will learn about Rabbi Riskin's unprecedented approach to adult Jewish education and his steadfast commitment to reaching out to each and every Jew within and beyond the four walls of Lincoln Square Synagogue. Rabbi Riskin also emphasized the importance of bringing heaven down to earth, and inviting God into the synagogue as a regular guest. A Circle in the Square is a spellbinding account of one man's profound influence on Orthodox Judaism - an influence that is felt to this day.

Praise For A Circle in the Square: Rabbi Shlomo Riskin Reinvents the Synagogue…

"Without the Lincoln Square 'happening,' the future of modern Orthodoxy in America might have been severely threatened. This is true not just because of the numerous young (and some older) professionals at Lincoln Square who became religiously observant. It is true because Lincoln Square Synagogue was responsible for an unprecedented breakthrough in modern Orthodox thinking. For the first time, outreach to the uncommitted become part and parcel of an Orthodox synagogue's planning, thinking and programming. That's a heavy claim to make, and for the most part Abramson backs it up; his book is written with deeper research and far more scholarly rigor than the usual rabbinical hagiography." —Calev Ben-David, Jerusalem Post

"What Rabbi Riskin was able to do was . . . to make the synagogue a haven and a heaven for people. The haven was a place that protected them, that allowed them to rethink the way they embraced society, and a place that gave them the energy to embrace society in a very creative way . . . . You felt a certain warm embrace because you had all these different individuals finding some form of cocoon in the institution. The heaven part was teaching them that religion was more than just the prayer experience. It was an intellectual rendezvous with God." —Rabbi Kenneth Brander

"Anyone interested in the biography of a rabbi credited with helping to spark a renaissance in American Orthodox Judaism or in the story of how a small group of Conservative worshippers came to found a vibrant Orthodox shul –or both– will be rewarded with this compelling portrait of Lincoln Square Synagogue and the man who made it happen." —New York Jewish Week

Rabbi Edward Abramson served a congregation in Saratoga Springs, NY from 1973 to 1976, and was the principal of two Jewish day schools in the New York City area. He and his family moved to Israel in 1983, where he served as educational director of the World Union of Jewish Students. Rabbi Abramson, who has also pursued business interests in Israel, served as an advisor on North American affairs for the Deputy Foreign Minister of Israel. Through speaking, teaching, and writing, he has reached out to many audiences uninitiated in Torah study, and sees himself as an appreciative beneficiary of the Jewish outreach movement of the 1960s. Rabbi Abramson has a B.A. in English literature, an M.A. in Jewish history, and semicha (rabbinic ordination) from Yeshiva University.
Loading...
or
Not Currently Available for Direct Purchase