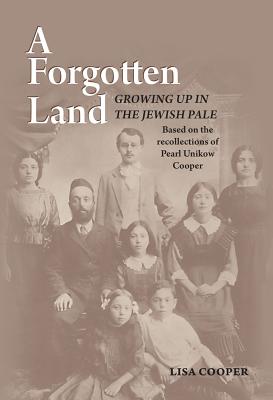 Growing Up in the Jewish Pale: Based on the Recollections of Pearl Unikow Cooper

Based on recorded conversations Lisa Cooper’s father had with his mother, Pearl, about her early life in Ukraine, A Forgotten Land is the story of one Jewish family in the Russian Empire in the late 19th and early 20th centuries, set within the wider context of pogroms, World War I, the Russian Revolution, and civil war. The book weaves personal tragedy and the little-known history of the period together as Pearl finds her comfortable family life shattered first by the early death of her mother and later by the Bolshevik Revolution and all that follows.

Lisa Cooper is an English journalist. Originally conceived as a dissertation for her master’s degree in history, A Forgotten Land is her first novel.