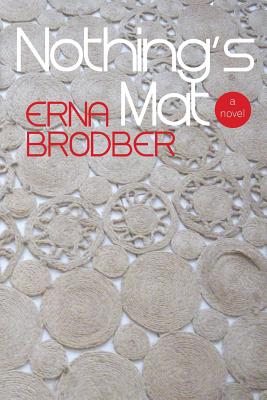 Nothing's Mat is told by a black British teenager - "every black girl" - for she has no name until the very last chapters when she is teasingly called "Princess" by her husband. Somewhere in the 1950s London-based Princess is allowed to complete her sixth-form final exams by writing a long paper on the West Indian family instead of sitting an exam. She thinks this a godsend and that all she has to do is to interview her parents. Her father tries to help her with his side but they both find that their kin will not fit into the standard anthropological template. Her father thinks it a good time for her to go to Jamaica and meet her grandparents, who can better help her with her study.

In Jamaica, much as her middle-class black Jamaican grandparents and her parents in England might not have liked it, Princess meets and spends time with her obscure cousin Nothing, called Conut. Conut introduces Princess to a plant that obeys certain divine principles and is available to humans to make artefacts for their comfort. Accordingly, they begin to make a mat and as they twist straw and bend it into intricate shapes, Conut tells her the family history so that their creation becomes for her a mat of anthropological template. The resulting shape presented to her teacher earns her an A and the comment that she has managed to project the West Indian family as a fractal rather than fractured as the published literature sees it.

Her studies and subsequent academic career take her to London University and then back to Jamaica, but under-stimulated by the academy, she chooses to continue the family study from high school and to do so by crafting the information into the mat, which becomes for her a shield against spiritual and physical evil. Making the mat of ancestors takes her into myriad histories of young Englishmen in Jamaica, of Jamaican women in Panama, and of African Americans in Virginia, among others.

This work is at once a fictional family history and a comment on anthropological methodology and African systems of thought.