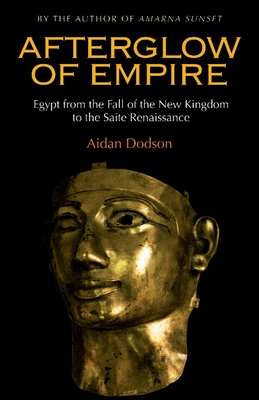 During the half-millennium from the eleventh through the sixth centuries BC, the power and the glory of the imperial pharaohs of the New Kingdom crumbled in the face of internal crises and external pressures, ultimately reversed by invaders from Nubia and consolidated by natives of the Nile Delta following a series of Assyrian invasions. Much of this era remains obscure, with little consensus among Egyptologists. Against this background, Aidan Dodson reconsiders the evidence and proposes a number of new solutions to the problems of the period. He also considers the art, architecture, and archaeology of the period, including the royal tombs of Tanis, one of which yielded the intact burials of no fewer than five pharaohs. The book is extensively illustrated with images of this material, much of which is little known to non-specialists of the period. By the author of the bestselling Amarna Sunset and Poisoned Legacy.

AIDAN DODSON is a senior research fellow in the Department of Archaeology and Anthropology at the University of Bristol, where he teaches Egyptology. He was elected a Fellow of the Society of Antiquaries of London in 2003. He is the author of Amarna Sunset (AUC Press, 2009) and Poisoned Legacy (AUCPress, 2010).
Loading...
or support indie stores by buying on