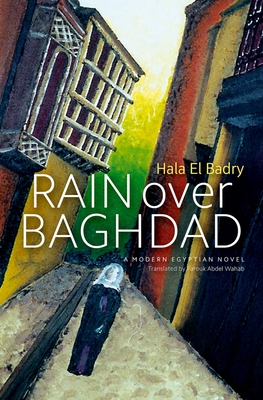 What was it like to live in Iraq before the earth-shaking events of the late twentieth century? The mid-seventies to the late eighties witnessed Saddam Hussein's rise to power, the establishment of Kurdish autonomy in the north, and the Iraq-Iran war. It also brought an influx of oil wealth, following the 1973 war and the spike in oil prices, and a parallel influx of Arab talent, including many Egyptians. We witness all of this and more through the eyes of an Egyptian woman married to an engineer working in Iraq. The narrator, who works for an Egyptian magazine's bureau in the Iraqi capital, has a behind-the-scenes view of what was really happening at a critical juncture in the history of the region. Moreover, she has a mystery to solve: an Iraqi woman from the marshes in the south has disappeared, and as the mystery unfolds we learn of her love for an older Egyptian Marxist journalist. This is Iraq before and beyond Saddam, Iraq as the Arabs knew it, in the lives of interesting people living in a vibrant country before the attempted annexation of Kuwait and the American invasion. This is the Iraq that was . . .

Hala El Badry is deputy editor in chief of Egypt's radio and television magazine. She is the author of four novels, including A Certain Woman (AUC Press, 2003) and Muntaha (AUC Press, 2006). Farouk Abdel Wahab is Ibn Rushd Professorial Lecturer in Arabic at the University of Chicago. His most recent translation is Gamal al-Ghitani's The Book of Epiphanies (AUC Press, 2012).
or
Not Currently Available for Direct Purchase
Copyright © 2020 American Booksellers Association