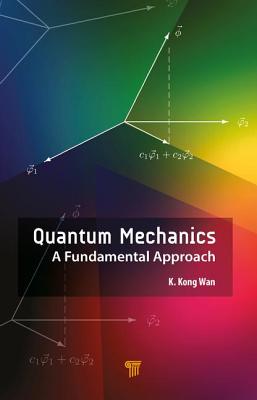 This book is divided into four parts. Part I is a brief review of the general properties of classical and quantum systems. A general discussion of probability theory is also included which aims to help in understanding the probability theories relevant to quantum mechanics. Part II is a detailed study of the mathematics for quantum mechanics. Part III presents quantum mechanics in a series of postulates. Six groups of postulates are presented to describe orthodox quantum systems. Each statement of a postulate is supplemented with a detailed discussion. To make them easier to understand, the postulates for discrete observables are presented before those for continuous observables. Part IV presents several illustrative applications, which include harmonic and isotropic oscillators, charged particle in external magnetic fields and the Aharonov-Bohm effect.

For easy reference, definitions, theorems, examples, comments, properties and results are labelled with section numbers. Various symbols and notations are adopted to distinguish different quantities explicitly and to avoid misrepresentation. Self-contained both mathematically and physically, the book is accessible to a wide readership, including astrophysicists, mathematicians and philosophers of science who are interested in the foundations of quantum mechanics.