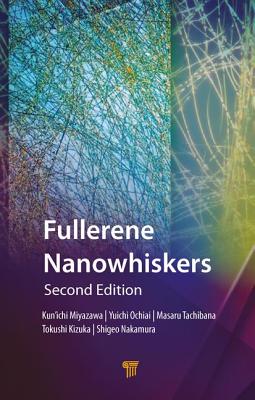 Fullerenes became a new member of carbon allotropes in addition to diamond and graphite after the discovery of C60 (carbon 60) by Kroto et al. in 1985. The model of C60 was first proposed by Osawa in 1970. C60 is a hollow spherical molecule composed of 60 carbon atoms that contains 12 five-membered rings and 20 six-membered rings and has the same structure as a soccer ball. In 2001, C60 fullerene nanowhiskers (FNWs), which are single-crystal nanowhiskers solely composed of C60 molecules, were discovered in a colloidal solution of lead zirconate titanate (PZT) with added C60. This book focuses on the synthesis of FNWs, fullerene nanotubes, and fullerene nanosheets and describes the structural, mechanical, semiconducting, and thermal properties, as well as bio-related and solar applications of FNWs and related fullerene nanomaterials.

Kun'ichi Miyazawa received his D.E. from the University of Tokyo in 1987. He is engaged in the study of fullerene nanowhiskers and related fullerene nanomaterials as well as the characterization of fuel cell catalysts at the Tokyo University of Science. Yuichi Ochiai received his D.S. from Tokyo University of Education in 1976. Since 1997, he is a professor at Chiba University, where he studies quantum transport nanomaterials, especially semiconductor-related carbon fullerene as an important near-future material. Masaru Tachibana is a professor at Yokohama City University. He studies the synthesis of novel nanocarbons and their mechanical, electrical, and optical properties, as well as organic materials, including protein crystals. Tokushi Kizuka received his D.E. from the University of Tokyo in 1991 and has developed in situ transmission electron microscopy to study the atomistic behavior and characteristics of nanocarbon materials. Shigeo Nakamura received his Ph.D. from the University of Tokyo in 1994. Since 2011, he is engaged in the synthesis of fullerene derivatives with biological activities at Nippon Medical School.
Loading...
or
Not Currently Available for Direct Purchase