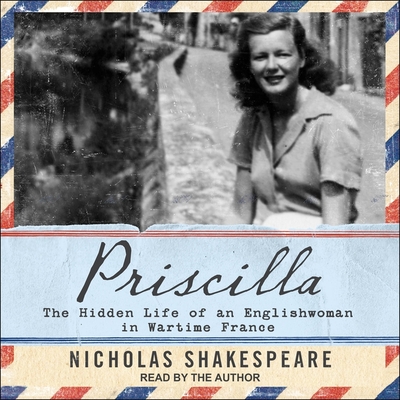 Priscilla: The Hidden Life of an Englishwoman in Wartime France by Nicholas Shakespeare is a transcendent work of narrative nonfiction in the vein of The Hare with Amber Eyes. When Nicholas Shakespeare stumbled across a trunk full of his late aunt's personal belongings, he was unaware of where this discovery would take him and what he would learn about her hidden past. The glamorous, mysterious figure he remembered from his childhood was very different from the morally ambiguous young woman who emerged from the trove of love letters, journals, and photographs, surrounded by suitors and living the precarious existence of a British citizen in a country controlled by the enemy during World War II. As a young boy, Shakespeare had always believed that his aunt was a member of the Resistance and had been tortured by the Germans. The truth turned out to be far more complicated. Piecing together fragments of his aunt's remarkable and tragic story, Priscilla is at once a stunning story of detection, a loving portrait of a flawed woman trying to survive in terrible times, and a spellbinding slice of history.