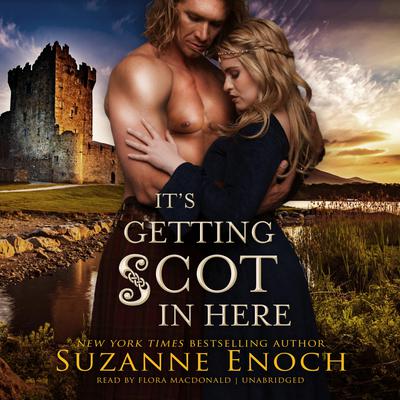 London socialite Amelia-Rose Baxter is nobody’s fool. Her parents may want her to catch a title, but she will never change who she is for the promise of marriage. Her husband will be a man who can appreciate her sharp mind as well as her body. A sophisticated man who loves life in London. A man who considers her his equal—and won’t try to tame her wild heart …

Rough, rugged Highlander Niall MacTaggert and his brothers know the rules: the eldest must marry or lose the ancestral estate, period. But Niall’s eldest brother just isn’t interested in the lady his mother selected. Is it because Amelia-Rose is just too … free-spirited? Yes. Brazen? Aye. Surely Niall can find a way to soften up the whip-smart lass and make her the perfect match for his brother for the sake of the family.

JUST GOT A WHOLE LOT HOTTER.

Instead it’s Niall who tempts Amelia-Rose, despite her reservations about barbarian Highlanders. Niall finds the lass nigh irresistible as well, but he won’t make the mistake his father did in marrying an Englishwoman who doesn’t like the Highlands. Does he have what it takes to win her heart? There is only one way to find out …

Suzanne Enoch has written more than forty Regency romances, including the New York Times bestseller After the Kiss. The author of nine series of novels, including the Scandalous Brides series and the Scandalous Highlanders series, she has twice been a finalist for RT Book Reviews’ Historical Romance of the Year Award.