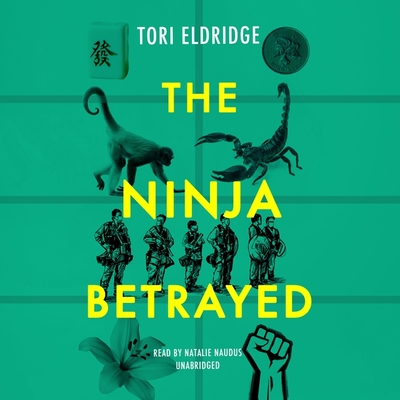 Things get personal for Chinese-Norwegian modern-day ninja Lily Wong in Hong Kong when she dives into the dangerous world of triads, romance, and corporate disaster during the height of the pro-democracy protests.

Lily's mother has been summoned by her grandfather, Gung-Gung, to attend an emergency board meeting, and Lily is happy to take her father's place for exotic travel, family reunions, and romantic dates with her new boyfriend, Daniel Kwok, who's there for business. Lily and her mother stay at her grandparents' hillside home on Hong Kong Island, but tension between Gung-Gung and Ma makes it hard to enjoy the beautiful surroundings, especially with the city in turmoil. Gung-Gung won't say anything about the meeting and Ma is worried that her career is in jeopardy. Meanwhile, the teenage daughter of Gung-Gung's driver is pulled into the dangerous riots.

As Lily and Ma discover shaky finances, questionable loans, and plans for the future involving them both, Lily's escalating romance with Daniel puts her heart at risk. Will her ninja skills allow her to protect her mother, the family business, and the renegade teen while navigating love, corporate intrigue, and murderous triads?