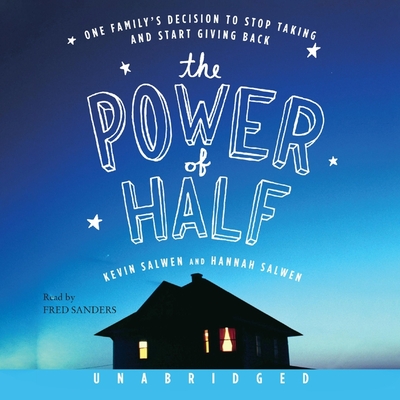 It all started when fourteen-year old Hannah Salwen had a "eureka" moment. Seeing a homeless man in her neighborhood at the precise second a glistening Mercedes coupe pulled up, she said "You know, Dad, if that man had a less nice car, that man there could have a meal."

Until that day, the Salwens had been caught up like so many of us in the classic American dream--providing a good life for their children, accumulating more and more stuff, doing their part but not really feeling it. So when Hannah was stopped in her tracks by this glaring disparity, her parents knew they had to act on her urge to do something.

As a family, they made the extraordinary decision to sell their Atlanta mansion, downsize to a house half its size, and give half of the sale price to a worthy charity. What began as an outlandish scheme became a remarkable journey that transported them across the globe and well out of their comfort zone.

In the end they learned that they had the power to change a little corner of the world--and they found themselves changing, too.