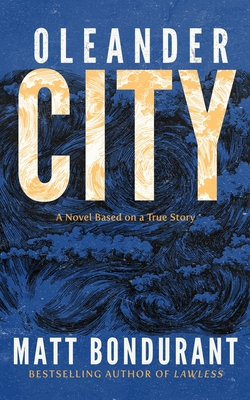 In the wake of the 1900 Galveston hurricane, three lives converge despite persecution from the Ku Klux Klan, a bare-knuckle boxing match gone wrong, and the recovery efforts of the American Red Cross.

Based on a true story

The hurricane of 1900, America's worst natural disaster, left the island city of Galveston in ruins. Thousands perished, including all ninety-three children at the Sisters of the Incarnate Word orphanage--except six-year-old Hester, who miraculously survived. Oleander City is the tale of this little girl and the volatile collision between the American Red Cross, the Ku Klux Klan, and one of the most famous boxing matches in American history. The bout, organized to raise money for the recovery effort, featured the enigmatic veteran Chrysanthemum Joe Choynski, the most successful Jewish boxer in America, and Jack Johnson, a young hometown hero known as the Galveston Giant. The storied battle forged a bond between the two legendary fighters and put Johnson on the path to become the greatest heavyweight boxer of all time.

Meanwhile, Clara Barton and the Red Cross minister to the sick and hungry as mounted vigilantes use the chaotic situation to settle old scores. After witnessing a terrible crime, Hester finds sanctuary with the ladies of the Red Cross, in a heartrending convergence of these historic figures.