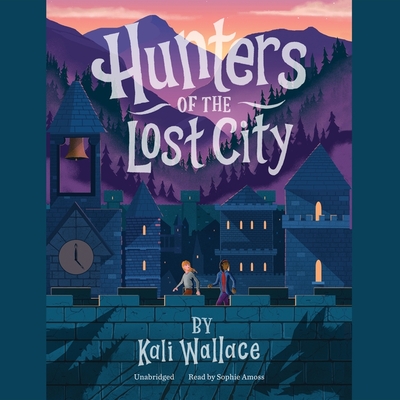 Hunters of the Lost City

Packed with shocking twists, frightening monsters, and dark magic, this is a page-turning fantasy adventure for middle-grade fans of Holly Black and Tamora Pierce.

Twelve-year-old Octavia grew up believing the town of Vittoria was the only one left in the world. The sole survivors of a deadly magical war and plague, the people of Vittoria know there's no one alive outside the town walls--except the terrible monsters that prowl the forest.

But then the impossible happens: Octavia meets another girl beyond the walls, someone who isn't Vittorian. Everything she's ever believed is thrown into question, and there's no going back.

In her quest for the truth, Octavia discovers a world full of lies, monsters, and magic. She'll have to use every scrap of her skill, wits, and courage to uncover what's real about Vittoria and the rest of the world.