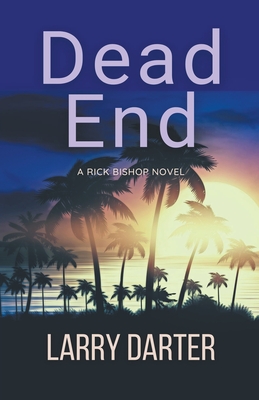 The Rick Bishop private investigator series continues when a local attorney hires Bishop to find her missing friend and then insists on tagging along to help with his investigation. The missing friend has a sordid past. Her mob-connected ex-father-in-law wants to find her just as badly for about two million good reasons.

When Honolulu attorney Nicole Hersey hires Bishop to help her find her best friend Diane Clark, she insists on accompanying him in the search. In a financial bind, he agrees. Rick and Nicole follow her friend's trail to a small town on the North Shore, only to learn from the locals that Diane died there of heart failure. That literal dead end should have closed the investigation, but Bishop notices someone is tailing them. And, later, when the pair interviews the doctor who pronounced Diane dead, Rick's suspicions Diane isn't dead at all grow.

After confronting the man following them, Clifford Shepard, he informs Bishop he is an IRS special agent, also looking for Diane Clark because she had come into two million dollars recently but hasn't paid the taxes owed.

Once Rick uncovers more evidence that Diane Clark may have faked her death, he ends up in a cemetery in the middle of the night with his two closest friends Joe Rose and Koko Mahelona, intent on digging up Clark's casket. But just as they unearth the casket, three east coast mobsters from the mainland, also searching for Diane Clark, ambush them.

When Bishop's case takes a deadly turn, will the penurious PI find Diane Clark and her money before hitting his own dead end?

Dead End is the second book in the Rick Bishop series, but you may enjoy reading the series in any order.