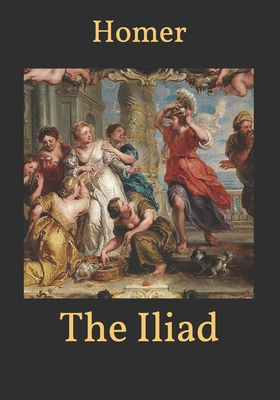 In the war of Troy, the Greeks having sacked some of the neighbouring towns, and taken fromthence two beautiful captives, Chryseis and Briseis, allotted the first to Agamemnon, and the last toAchilles. Chryses, the father of Chryseis, and priest of Apollo, comes to the Grecian camp toransom her; with which the action of the poem opens, in the tenth year of the siege. The priestbeing refused, and insolently dismissed by Agamemnon, entreats for vengeance from his god; whoinflicts a pestilence on the Greeks. Achilles calls a council, and encourages Chalcas to declare thecause of it; who attributes it to the refusal of Chryseis. The king, being obliged to send back hiscaptive, enters into a furious contest with Achilles, which Nestor pacifies; however, as he had theabsolute command of the army, he seizes on Briseis in revenge. Achilles in discontent withdrawshimself and his forces from the rest of the Greeks; and complaining to Thetis, she supplicatesJupiter to render them sensible of the wrong done to her son, by giving victory to the Trojans.Jupiter, granting her suit, incenses Juno: between whom the debate runs high, till they are reconciledby the address of Vulcan.The time of two-and-twenty days is taken up in this book: nine during the plague, one in the counciland quarrel of the princes, and twelve for Jupiter's stay with the thiopians, at whose return Thetisprefers her petition. The scene lies in the Grecian camp, then changes to Chrysa, and lastly toOlympus.