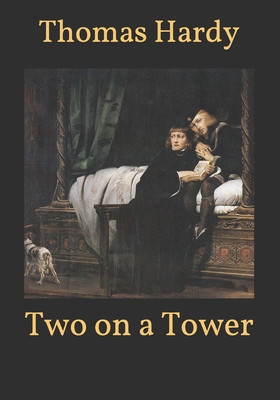 Two on a Tower

On an early winter afternoon, clear but not cold, when the vegetable world was a weird multitude ofskeletons through whose ribs the sun shone freely, a gleaming landau came to a pause on the crestof a hill in Wessex. The spot was where the old Melchester Road, which the carriage had hithertofollowed, was joined by a drive that led round into a park at no great distance off.The footman alighted, and went to the occupant of the carriage, a lady about eight- or nine-andtwenty. She was looking through the opening afforded by a field-gate at the undulating stretch ofcountry beyond. In pursuance of some remark from her the servant looked in the same direction.The central feature of the middle distance, as they beheld it, was a circular isolated hill, of no greatelevation, which placed itself in strong chromatic contrast with a wide acreage of surrounding arableby being covered with fir-trees. The trees were all of one size and age, so that their tips assumed theprecise curve of the hill they grew upon. This pine-clad protuberance was yet further marked outfrom the general landscape by having on its summit a tower in the form of a classical column, which, though partly immersed in the plantation, rose above the tree-tops to a considerable height.Upon this object the eyes of lady and servant were bent.'Then there is no road leading near it?' she asked.'Nothing nearer than where we are now, my lady.''Then drive home, ' she said after a moment. And the carriage rolled on its way.A few days later, the same lady, in the same carriage, passed that spot again. Her eyes, as before, turned to the distant tower.'Nobbs, ' she said to the coachman, 'could you find your way home through that field, so as to getnear the outskirts of the plantation where the column is?'The coachman regarded the field. 'Well, my lady, ' he observed, 'in dry weather we might drive inthere by inching and pinching, and so get across by Five-and-Twenty Acres, all being well. But theground is so heavy after these rains that perhaps it would hardly be safe to try it now.''Perhaps not, ' she assented indifferently. 'Remember it, will you, at a drier time?'And again the carriage sped along the road, the lady's eyes resting on the segmental hill, the bluetrees that muffled it, and the column that formed its apex, till they were out of sight.A long time elapsed before that lady drove over the hill again. It was February; the soil was nowunquestionably dry, the weather and scene being in other respects much as they had been before.The familiar shape of the column seemed to remind her that at last an opportunity for a closeinspection had arrived. Giving her directions she saw the gate opened, and after a little manoeuvringthe carriage swayed slowly into the uneven.