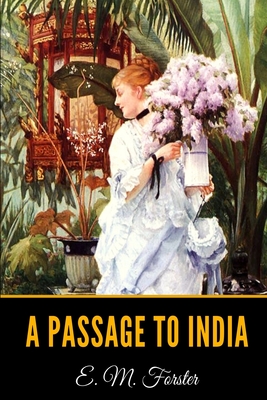 A Passage to India

During their absence, Mahmoud Ali had gone off in his carriage leaving a message that he should be back in five minutes, but they were on no account to wait. They sat down to meat with a distant cousin of the house, Mohammed Latif, who lived on Hamidullah's bounty and who occupied the position neither of a servant nor of an equal. He did not speak unless spoken to, and since no one spoke kept unoffended silence. Now and then he belched, in compliment to the richness of the food. A gentle, happy and dishonest old man; all his life he had never done a stroke of work. So long as some one of his relatives had a house he was sure of a home, and it was unlikely that so large a family would all go bankrupt. His wife led a similar existence some hundreds of miles away-he did not visit her, owing to the expense of the railway ticket. Presently Aziz chaffed him, also the servants, and then began quoting poetry, Persian, Urdu, a little Arabic. His memory was good, and for so young a man he had read largely; the themes he preferred were the decay of Islam and the brevity of love. They listened delighted, for they took the public view of poetry, not the private which obtains in England. It never bored them to hear words, words; they breathed them with the cool night air, never stopping to analyse; the name of the poet, Hafiz, Hali, Iqbal, was sufficient guarantee. India-a hundred Indias-whispered outside beneath the indifferent moon, but for the time India seemed one and their own, and they regained their departed greatness by hearing its departure lamented, they felt young again because reminded that youth must fly. A servant in scarlet interrupted him; he was the chuprassi of the Civil Surgeon, and he handed Aziz a note. "Old Callendar wants to see me at his bungalow," he said, not rising. "He might have the politeness to say why."
"Some case, I daresay."
"I daresay not, I daresay nothing. He has found out our dinner hour, that's all, and chooses to interrupt us every time, in order to show his power." - Taken from "A Passage to India" written by E. M. Forster.