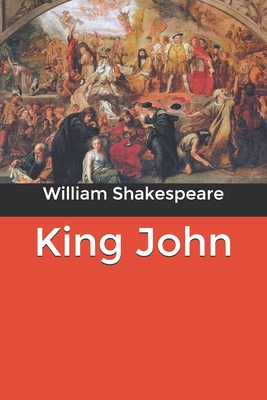 King John receives an ambassador from France who demands with a threat of war that he renounce his throne in favour of his nephew, Arthur, whom the French King Philip believes to be the rightful heir to the throne.John adjudicates an inheritance dispute between Robert Faulconbridge and his older brother Philip the Bastard, during which it becomes apparent that Philip is the illegitimate son of King Richard I. Queen Eleanor, mother to both Richard and John, recognises the family resemblance and suggests that he renounce his claim to the Falconbridge land in exchange for a knighthood. John knights Philip the Bastard under the name Richard. n France, King Philip and his forces besiege the English-ruled town of Angiers, threatening attack unless its citizens support Arthur. Philip is supported by Austria, who is believed to have killed King Richard. The English contingent arrives; and then Eleanor trades insults with Constance, Arthur's mother. Kings Philip and John stake their claims in front of Angiers' citizens, but to no avail: their representative says that they will support the rightful king, whoever that turns out to be.