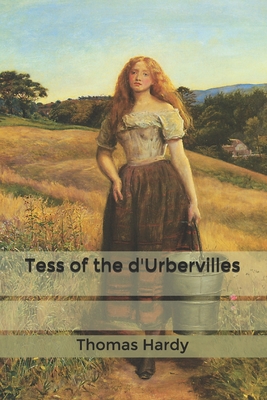 A pretty young girl has to leave home to make money for her family. She is clever and a good worker; but she is uneducated and does not know the cruel ways of the world. So, when a rich young man says he loves her, she is careful - but not careful enough. He is persuasive, and she is overwhelmed. It is not her fault, but the world says it is. Her young life is already stained by men's desires, and by death.Thomas Hardy was an English novelist and poet of the naturalist movement, although he has shown elements of the previous romantic and enlightenment periods of literature, such as his fascination with the supernatural. He regarded himself primarily as a poet and composed novels mainly for financial gain. The bulk of his work, set mainly in the semi-fictional land of Wessex, delineates characters struggling against their passions and circumstances. Hardy said that he first introduced Wessex in Far from the Madding Crowd, which was his first financially successful novel, so much so that we was able to give up architectural work and pursue a literary career.