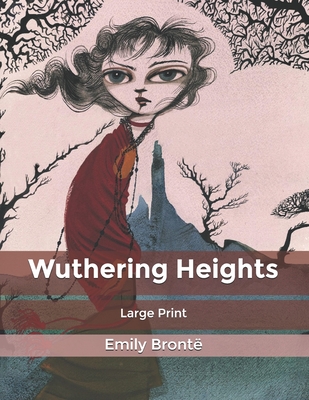 Perhaps the most haunting and tragic love story ever written, Wuthering Heights is the tale of Heathcliff, a brooding, troubled orphan, and his doomed love for Catherine Earnshaw. His desire for her leads him to madness, however, when Catherine is made to marry a wealthy lord, sending Heathcliff on a life-long quest to avenge himself upon those who stole his only love and his life. In this gripping chronicle of the never-ending conflict between the heart and the mind - and the pain and passion of true romance.Emily Bront was born in Thornton, near Bradford in Yorkshire, to Patrick and Maria Bront . She was the younger sister of Charlotte Bront and the fifth of six children. In 1847, she published her only novel, Wuthering Heights, as two volumes of a three volume set (the last volume being Agnes Grey by her sister Anne). Its innovative structure somewhat puzzled critics and although it received mixed reviews when it first came out, the book subsequently became an English literary classic.In 1850, Charlotte edited and published Wuthering Heights as a stand-alone novel and under Emily's real name. One of Emily's biographers, Juliet Barker, has claimed that Charlotte destroyed the manuscript of a second novel following her death. Emily's health, like her sisters', had been weakened by the harsh local climate at home and at school. She caught a cold during the funeral of her brother in September, which led to tuberculosis. Refusing medical help, she died on 19 December 1848.