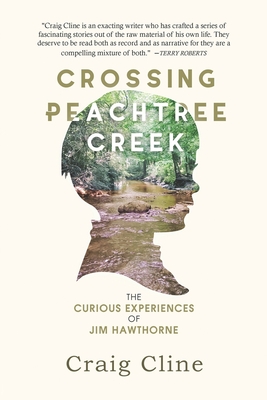 The Curious Experiences of Jim Hawthorne

"Craig Cline is an exacting writer who has crafted a series of fascinating stories out of the raw material of his own life. They deserve to be read both as record and as narrative for they are a compelling mixture of both."

Here is an unforgettable collection of entertaining tales tracing the adventures and mishaps of a modern day Huckleberry Finn.

In 1952 Jim Hawthorne and his parents made the big move from snowbound Buffalo, New York to hot and humid Atlanta, Georgia. As a youth he was free to roam the creek and surrounding wilderness behind his home. The boy, left alone to experiment with his ideas, made his own gunpowder, a solid fuel rocket and a diving bell. Some of his wild ideas ended in disaster.

Trouble would find him at every turn, from being caught breaking into his childhood home to outrunning the cops in his hot rod, to ending up in jail over a Halloween prank. Just when it looked like his life was finished he found two mentors on his street of Peachtree Battle Avenue. One was a master car builder and the other a right wing radical eventually became his stepfather.

Turning his restless energy to art and science, Jim moves away from his mischievous boyhood, graduating a year early from high school. Self-discovery by trial and error leads to a career in Architecture and becoming a partner in a prestigious firm, designing houses, condominiums and commercial interiors.

Like his mother Helen, he is drawn to California by the lure of Hollywood and its rugged surf. He crosses paths sex workers, television stars and mass murderers, while attempts to relieve his creative itch often end in disappointment. A dogged persistence pays off and he finally finds love and community standing when he and his new bride make an impulsive move to the Blue Ridge Mountains.

These chapters are drawn from true stories, told with a cinematic backdrop involving the strange and odd events that shaped a character and directed a talented man. Crossing Peachtree Creek is filled with adventure and contemplation as a man discovers the errors of his ways to build a new life and home in the plateau of the North Carolina Mountains. Illustrated by the author.