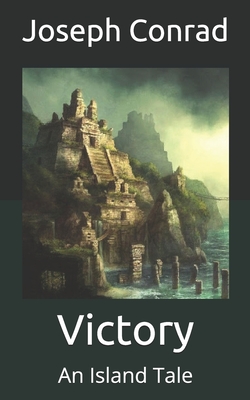 There is, as every schoolboy knows in this scientific age, a very close chemical relationbetween coal and diamonds. It is the reason, I believe, why some people allude to coal as"black diamonds." Both these commodities represent wealth; but coal is a much lessportable form of property. There is, from that point of view, a deplorable lack ofconcentration in coal. Now, if a coal-mine could be put into one's waistcoat pocket-but itcan't At the same time, there is a fascination in coal, the supreme commodity of the age inwhich we are camped like bewildered travellers in a garish, unrestful hotel. And I supposethose two considerations, the practical and the mystical, prevented Heyst-Axel Heyst-from going away.The Tropical Belt Coal Company went into liquidation. The world of finance is amysterious world in which, incredible as the fact may appear, evaporation precedesliquidation. First the capital evaporates, and then the company goes into liquidation. Theseare very unnatural physics, but they account for the persistent inertia of Heyst, at which we"out there" used to laugh among ourselves-but not inimically. An inert body can do noharm to anyone, provokes no hostility, is scarcely worth derision. It may, indeed, be in theway sometimes; but this could not be said of Axel Heyst. He was out of everybody's way, asif he were perched on the highest peak of the Himalayas, and in a sense as conspicuous.Everyone in that part of the world knew of him, dwelling on his little island. An island is butthe top of a mountain. Axel Heyst, perched on it immovably, was surrounded, instead of theimponderable stormy and transparent ocean of air merging into infinity, by a tepid, shallowsea; a passionless offshoot of the great waters which embrace the continents of this globe.His most frequent visitors were shadows, the shadows of clouds, relieving the monotony ofthe inanimate, brooding sunshine of the tropics. His nearest neighbour-I am speakingnow of things showing some sort of animation-was an indolent volcano which smokedfaintly all day with its head just above the northern horizon, and at night levelled at him, from amongst the clear stars, a dull red glow, expanding and collapsing spasmodically likethe end of a gigantic cigar puffed at intermittently in the dark. Axel Heyst was also asmoker; and when he lounged out on his veranda with his cheroot, the last thing beforegoing to bed, he made in the night the same sort of glow and of the same size as that otherone so many miles away.