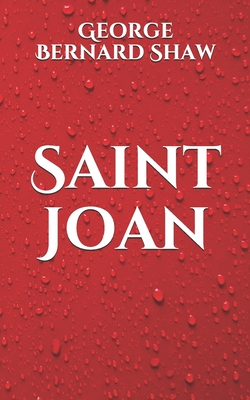 If Socrates was as innocent as this at the age of seventy, it may be imagined how innocent Joan was at the age of seventeen. Now Socrates was a man of argument, operating slowly and peacefully on men's minds, whereas Joan was a woman of action, operating with impetuous violence on their bodies. That, no doubt, is why the contemporaries of Socrates endured him so long, and why Joan was destroyed before she was fully grown. But both of them combined terrifying ability with a frankness, personal modesty, and benevolence which made the furious dislike to which they fell victims absolutely unreasonable, and therefore inapprehensible by themselves. Napoleon, also possessed of terrifying ability, but neither frank nor disinterested, had no illusions as to the nature of his popularity. When he was asked how the world would take his death, he said it would give a gasp of relief. But it is not so easy for mental giants who neither hate nor intend to injure their fellows to realize that nevertheless their fellows hate mental giants and would like to destroy them, not only enviously because the juxtaposition of a superior wounds their vanity, but quite humbly and honestly because it frightens them. Fear will drive men to any extreme; and the fear inspired by a superior being is a mystery which cannot be reasoned away. Being immeasurable it is unbearable when there is no presumption or guarantee of its benevolence and moral responsibility: in other words, when it has no official status. The legal and conventional superiority of Herod and Pilate, and of Annas and Caiaphas, inspires fear; but the fear, being a reasonable fear of measurable and avoidable consequences which seem salutary and protective, is bearable; whilst the strange superiority of Christ and the fear it inspires elicit a shriek of Crucify Him from all who cannot divine its benevolence. Socrates has to drink the hemlock, Christ to hang on the cross, and Joan to burn at the stake, whilst Napoleon, though he ends in St Helena, at least dies in his bed there; and many terrifying but quite comprehensible official scoundrels die natural deaths in all the glory of the kingdoms of this world, proving that it is far more dangerous to be a saint than to be a conqueror. Those who have been both, like Mahomet and Joan, have found that it is the conqueror who must save the saint, and that defeat and capture mean martyrdom. Joan was burnt without a hand lifted on her own side to save her. The comrades she had led to victory and the enemies she had disgraced and defeated, the French king she had crowned and the English king whose crown she had kicked into the Loire, were equally glad to be rid of her.