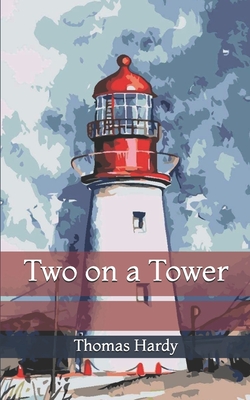 Two on a Tower

Swithin St. Cleeve lingered on at his post, until the more sanguine birds of the plantation, already recovering from their midwinter anxieties, piped a short evening hymn to the vanishing sun.The landscape was gently concave; with the exception of tower and hill there were no points on which late rays might linger; and hence the dish-shaped ninety acres of tilled land assumed a uniform hue of shade quite suddenly. The one or two stars that appeared were quickly clouded over, and it was soon obvious that there would be no sweeping the heavens that night. After tying a piece of tarpaulin, which had once seen service on his maternal grandfather's farm, over all the apparatus around him, he went down the stairs in the dark, and locked the door.With the key in his pocket he descended through the underwood on the side of the slope opposite to that trodden by Lady Constantine, and crossed the field in a line mathematically straight, and in a manner that left no traces, by keeping in the same furrow all the way on tiptoe. In a few minutes he reached a little dell, which occurred quite unexpectedly on the other side of the field-fence, and descended to a venerable thatched house, whose enormous roof, broken up by dormers as big as haycocks, could be seen even in the twilight. Over the white walls, built of chalk in the lump, outlines of creepers formed dark patterns, as if drawn in charcoal.